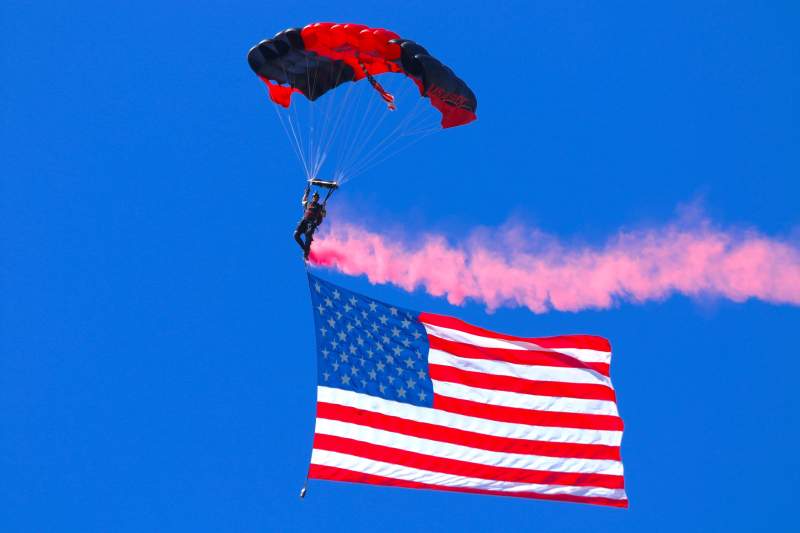 For almost three-quarters of a century, highly-trained groups of Soldiers have been inserted behind enemy lines to disrupt the movement of enemy troops and supplies to the front lines. These brave Soldiers have frequently used parachutes as a means to infiltrate without being detected. Although most of the airborne forces of the world still use round parachutes, some specialized units use the Ram Air Canopy as their primary means of infiltration.

The Black Daggers use the military variant of the ram-air parachute, which allows a free-fall parachutist the ability to jump with more than 100 pounds of additional equipment attached. In addition to the extra weight, the jumper must also withstand high winds, frigid temperatures and low oxygen levels, all of which require the jumper to be highly skilled.

When exiting the aircraft, normally from an altitude of 12,500 feet, the jumpers free fall for about two miles at approximately 120 miles per hour. They maneuver their bodies using their hands,
arms, legs and shoulders to control their flight. The parachutes used by the USASOC team are flexible wing gliders.