The show’s narrator flies Blue Angel 7, a two-seat F/A-18F Super Hornet, to show sites. The Blues use this jet for backup, and to give demonstration rides to VIP civilians. Two backseats at each show are available; one of them goes to members of the press, the other to a local “Key Influencers”. The No. 4 slot pilot often flies the No. 7 aircraft in Friday’s “practice” shows.

The Blue Angels use a United States Marine Corps Lockheed C-130J Hercules, nicknamed “Fat Albert”, for their logistics, carrying spare parts, equipment, and to carry support personnel between shows. Beginning in 1975, “Bert” was used for Jet Assisted Take Off (JATO) and short aerial demonstrations just prior to the main event at selected venues, but the JATO demonstration ended in 2009 due to dwindling supplies of rockets.

The beloved C-130J may* open the flight demonstration with its own solo performance, demonstrating the astounding nimbleness of this legendary four-turboprop transport. Weighing 155,000 pounds when fully loaded, Fat Albert is flown by an all-Marine crew of three pilots and five enlisted crew members. It flies more than 100,000 miles each air show season.

*The C-130J is NOT guaranteed to do a demo flight at each show. 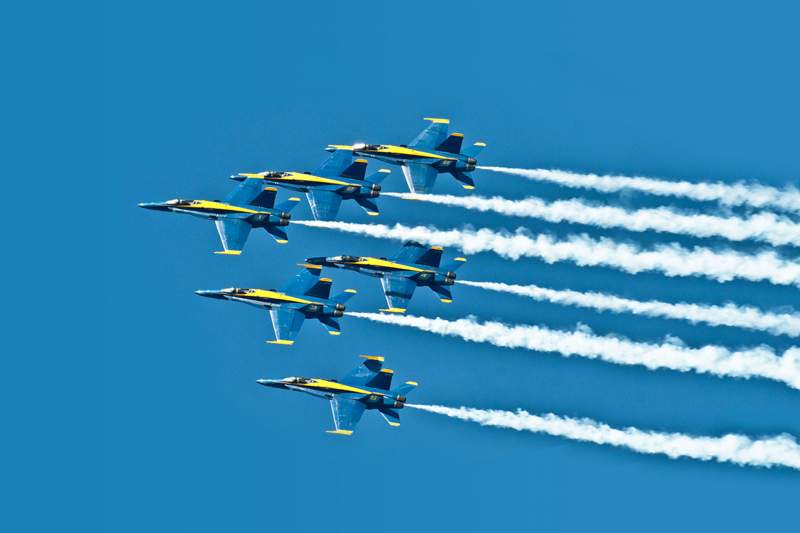 The Blue Angels’ first air show took place at Craig Field in Jacksonville on June 15, 1946. That first team chose the name Blue Angels after seeing Manhattan’s famous Blue Angel nightclub in the New Yorker magazine. They flew the Grumman F6F Hellcat for two months, and then transitioned to the Grumman F8F Bearcat. They have flown seven additional aircraft in the years between until introducing their current aircraft, the McDonnell Douglas F/A-18 E/F Super Hornet, in 2021. It was the first dual-role fighter/attack aircraft which continues to serve on our nation’s front lines of defense. They introduced the now-famous Diamond Formation in 1947. 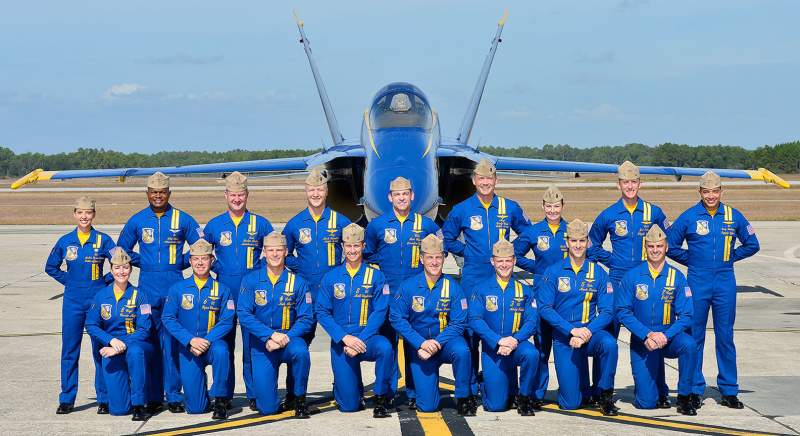 Note: The Blue Angels team roster changes each year. You will likely see fresh faces and evidence of promotions within the team when the 2022 roster is announced. 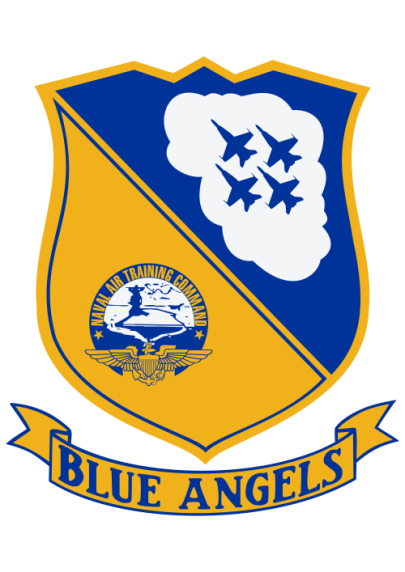 For lots more information about the Blue Angels, go to http://www.blueangels.navy.mil